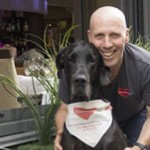 Send us an email and we'll get back to you as soon as possible. Thanks!